Search
No one likes to deal with rust. It not only looks bad, but it can also ruin your cooking utensils, machinery, and other household objects. While there are a number of ways to prevent rust in the first place, is it possible to get rid of rust that’s already trying to take over? Of course!
When you find rust spots on your pans, you don’t need to throw them out. And when your tools start to get a little rusty, that doesn’t mean it’s time to replace them. Instead, try one of these 6 tips, which can help you remove rust from any item in a matter of minutes.
1. Coke
While people usually associate Coke with drinking, it actually has several other uses, one of which is rust removal. If you have a pan that’s starting to show some rust spots, just pour in some Coke, let it sit for a few minutes, and then use tinfoil to wipe out the pan. The combination of the soda and the foil will take off all of the rust with just a few quick swipes. 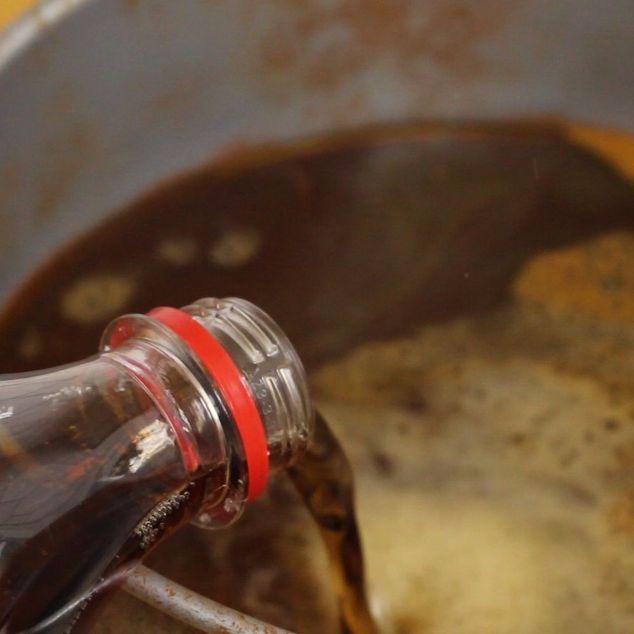 Like Tips for the Home for more
HOME TALK
2. Vinegar
I’ve said it before, and I’ll say it again: Vinegar works for almost everything! If you don’t believe me, let a rusty tool soak in a container of vinegar for a while. The vinegar will dissolve the rust, and after you rinse it off with warm water, the tool will again be ready for use. 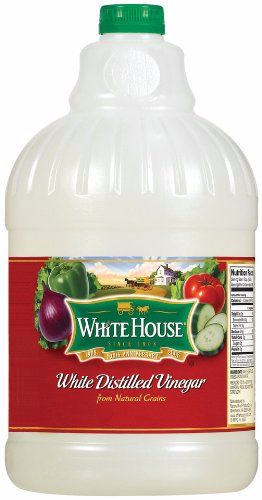 101 DAYS OF ORGANIZATION
3. Baking soda
Baking soda can also be considered something of a cure-all around the house. In the case of rust, mix baking soda with water until you’ve created a paste. Spread the paste over the rust-affected areas, let it sit, and after the rust begins to loosen, scrub it off with a sponge. 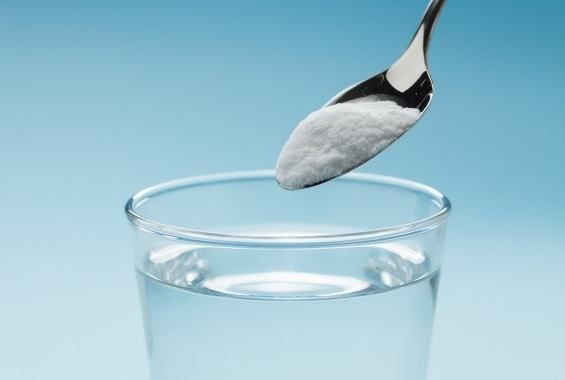 NATURAL LIVING IDEAS
4. Hydrogen peroxide
If you’ve ever used hydrogen peroxide to clean a cut, you’re familiar with the bubbling that indicates it’s killing a potential infection. Well, peroxide works the same way with rust spots. Just pour a little hydrogen peroxide on the rust, let it bubble, and then scrub the area with steel wool to remove the loosened rust. 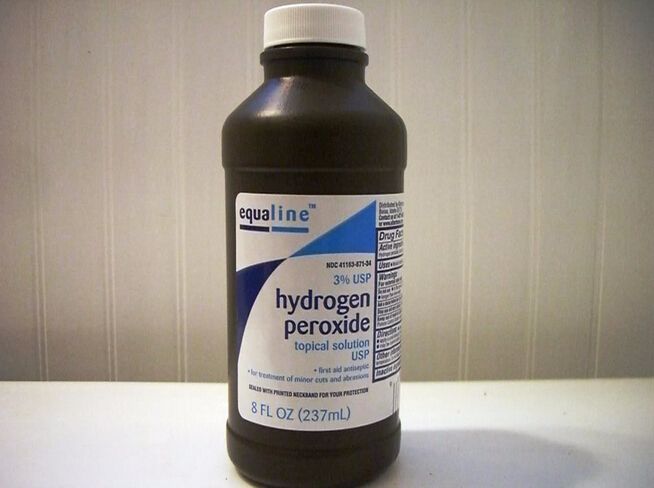 NATURAL REMEDY IDEAS
5. Lemons
Lemons, or any citrus fruit, contain enough acid to help get rid of rust stains. All you have to do is sprinkle a little salt into a rusty pan, squeeze the lemon juice over it, and use the lemon rind to scrub the mixture. (If you don’t have a lemon, you can also use store-bought lemon juice.) The coarseness of the salt combined with the acidity of the lemon will quickly remove the rust, leaving your pan looking as good as new. 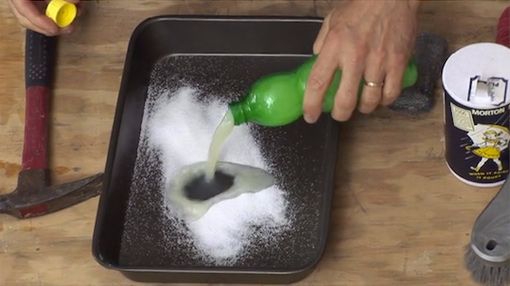 TODAY’S HOMEOWNER
6. Potato
Using a potato to remove rust is similar to using a lemon, except you can’t squeeze any juice out of the potato. Like the previous tip, though, you’ll start with a salt coating, then cut a potato in half, and use one half (cut side down) to scrub over the salt.

Like Tips for the Home for more
Now that you know how easy it is to remove ugly, potentially damaging rust spots, you can save yourself time and money. In a matter of minutes, you can restore your metal appliances and objects to their former glory with these simple tips. And don’t forget to share this list with your friends to help them get rid of their own rust stains.
Source: remedydaily.com